Last December, I traveled to the States with my family. It was winter, and my skin is not a big fan of the cold (and frankly, neither am I). I knew my skin was going to need some extra nourishment, so I took my Josie Maran Argan Oil with me to use as a daily moisturizer. It really helped keep my face hydrated, and when I went back to the Philippines, I continued to use it, despite the humidity and the fact that I have an oily t-zone. I realized I started to like using oils on my face more than a regular lotion-type moisturizer, and here’s why: 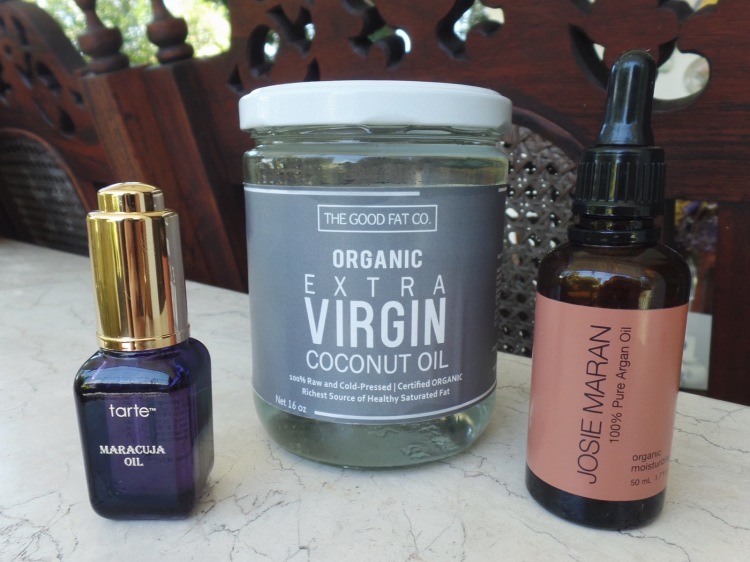 A lot of people think that if you have oily skin, you shouldn’t be using oils to moisturize your face. This isn’t true! I actually find that my face gets oilier when I use regular lotion instead of a face oil. This is because my skin would still lack hydration, so it would produce its own oils (or sebum) to compensate. When I use face oils, my skin feels nourished and hydrated, and I find that I produce less sebum. Does it look shiny? Yes, but in a very natural way. Bare-faced, my skin looks dewy and fresh rather than looking like an oil slick. My skin is a lot less oily, even on my t-zone area. I’ve also noticed a brighter complexion, and I haven’t had any breakouts in a long time. I’m really happy with my oil regimen.

I mostly use my Argan Oil to moisturize my face, day and night. Argan Oil is rich in Vitamin E and fatty acids, which is so good for your skin. It’s also non-greasy and absorbs quickly into the skin. It also has antimicrobial properties, which makes it great for people who suffer from acne. When I feel like mixing it up, I like to use Virgin Coconut Oil or Maracuja Oil.

Coconut Oil is extremely hydrating, and the particular brand I use, The Good Fat Co. Organic Extra Virgin Coconut Oil, smells incredible. My friend Margi moisturizes with Coconut Oil by massaging it into her skin before getting in the shower, and rinsing her face with water ONLY so that there’s a thin film of oil left on her face. This film acts as the everyday moisturizer. She said her acne got so much better after adding this to her routine. I’ve tried it and it’s a great and easy way to moisturize, especially if I’m going to exercise afterwards. Be warned though: Coconut Oil is a moderately comedogenic oil, so there’s a chance that it could clog your pores. I haven’t experienced any problems with it so results could vary from person to person. This is a very rich oil, and since I have such a big jar of it, I like to use it to moisturize my body as well.

Maracuja Oil is rich in Vitamin C and fatty acids. Moisturizing with this oil would be a great way to brighten your skin. It’s good for all skin types, and it doesn’t leave your skin feeling greasy. I think whenever people hear the word Maracuja, they automatically think of the Tarte Maracuja Oil.

These are just some of the many oils that are great to use on your face. There’s also Avocado oil, which is good for sensitive, irritated skin; Jojoba Oil, which helps to strengthen the skin with its many vitamins and minerals; Lavender Oil, which helps calm down acne and inflammation; Rose Hip Seed Oil, which fades acne scars and dark spots; and many more.

I hope this post has made you want to try moisturizing with oils yourself. It really changed my skin for the better, and I don’t doubt that you could benefit from switching to face oils as well.

What’s your favorite face oil? Let me know in the comments!